The first reported mass production of NMNH, the upgrade version of NMN

The aging problem has attracted much attention in the 21st century, and scientists paid many efforts on solving this problem. NAD+ has been proved as an important species in human body to create energy and elongated lifespan. However, the NAD+ level declines almost 50% from the ages 40 to 60. Thus, human need to increase the NAD+ level for anti-aging purpose. 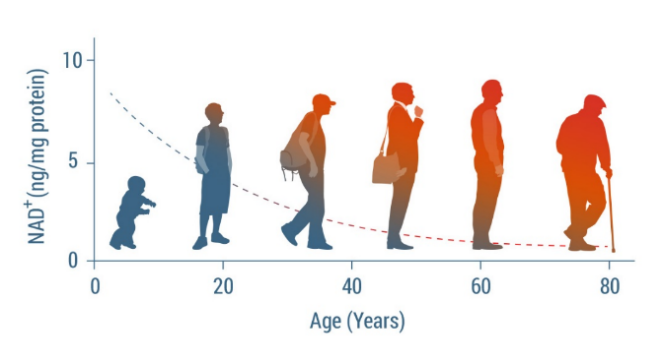 The first NAD+ booster is NADH, but the high price and low stability limit the popularization of NADH. Then NR and NAM were used as NAD+ booster, but the conversion ratio was low due to the rate-limiting enzyme NAMPT. In recent ten years, NMN has become a famous health care product for longevity, since the first anti-aging research of NMN form Prof. David Sinclair’s research group in 2013.1 Bontac Bioengineering Co. Ltd., a Chinese coenzyme manufacturing enterprise, achieve the first mass production of NMN using the enzymatic method in 2016. Compared with the chemical method and fermentation method, the enzymatic method could afford the NMN in good quality and low price. Very recently, scientists reported the NMNH as the most efficient NAD+ booster in their research.

In the year 2020 and 2021, two research groups have reported their research of Dihydro nicotinamide mononucleotide (NMNH) independently. NMNH is the reduced form of NMN, with the molecular formula of C11H17N2O8P. The stability of NMNH is lower than NMN, MNH is stable under alkaline pH and low temperature conditions, but is unstable at neutral pH in solution. 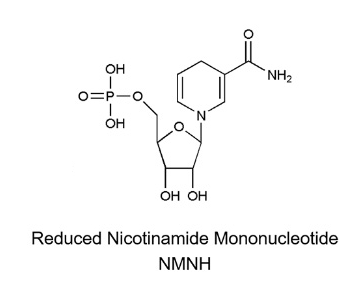 Both of two research articles showed that NMNH could act as a potent NAD+ precursor both in vitro and in vivo, when compared with NMN. Scientists confirmed that NMNH (100μM) treatment could significantly increase the cellular NAD+ level in HepG2 cells, ES-2 cells, 3T3-L1 cells, and 786-O cells, while NMN(100μM) only slightly increased the level of NAD+. 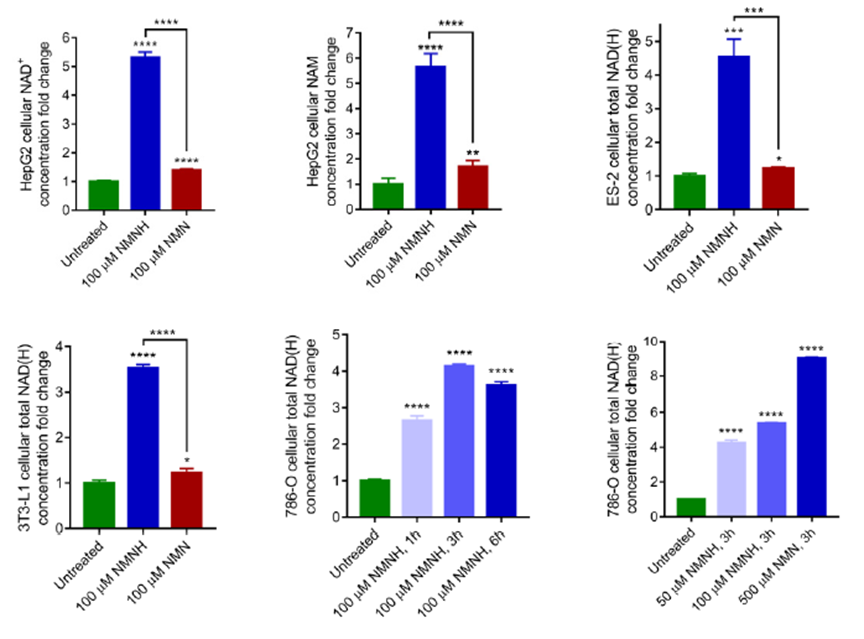 The bioRxiv article showed that NMNH could also suppresses glycolysis, TCA cycle and cell growth. NMNH could converted to NADH by NMNAT, and the increased NADH level slowed down the cellular glycolysis and TCA cycle. NMNH treatment decreased the levels of the glycolysis intermediates (fructose-1,6-diphosphate, DHAP, 3PG / 2PG, PEP and pyruvate) and the TCA cycle intermediates (citrate, cis-aconitate, isocitrate, and malate). In addition, glycometabolism is very important to cell growth, and the research showed that NMNH caused cell cycle arrest whereas NMN had no effects on cell cycle. The FASEB Journal article mentioned that the high efficiency of NMNH could be due to the lack of degradation to NAM, which could confer an advantage over NMN. NMNH was found as the naturally occurring precursor in kidney. Supplementation of NMNH protected cell against genotoxic agents or hypoxia/reoxygenation injury. The author also proved that NMNH could protect acute kidney injury, reduce tubular damage and accelerate recovery under the hypoxia/reoxygenation conditions. By efficiently increasing NAD+ levels, NMNH could also enhance mitochondrial activity, reduce oxidative damage and cell death.

In the recent research, NMNH was proved to be a better NAD+ booster compared with NMN and NR. This result will accelerate the commercial popularizing of this anti-aging product. Bontac bio-engineering have successfully achieved the mass production of NMNH using the enzymatic method, and could provide the high quality NMNH to the market. The health care products with NMNH will come to meet the customers is coming soon.